I don't want to be scaramantic, so I'm going to update you on another upcoming project that should be interesting. In the last month I've been in the selecting process to draw a graphic novel written by Mike Ezell and Pascal Franchot based on the latest product by Fastback pictures, "Rider"
The project has been delayed a couple of times, first because of my other workload, then because of a trouble with another one of the people involved, but it should start in the next days. Post apocalyptic, sci-fi setting, with a badass main character riding an even more badass motorcycle. I only have some sketches right now, and I think most of the drawings will be kept private until given permission - anyway, the script and character appereance has changed since when I drew these. 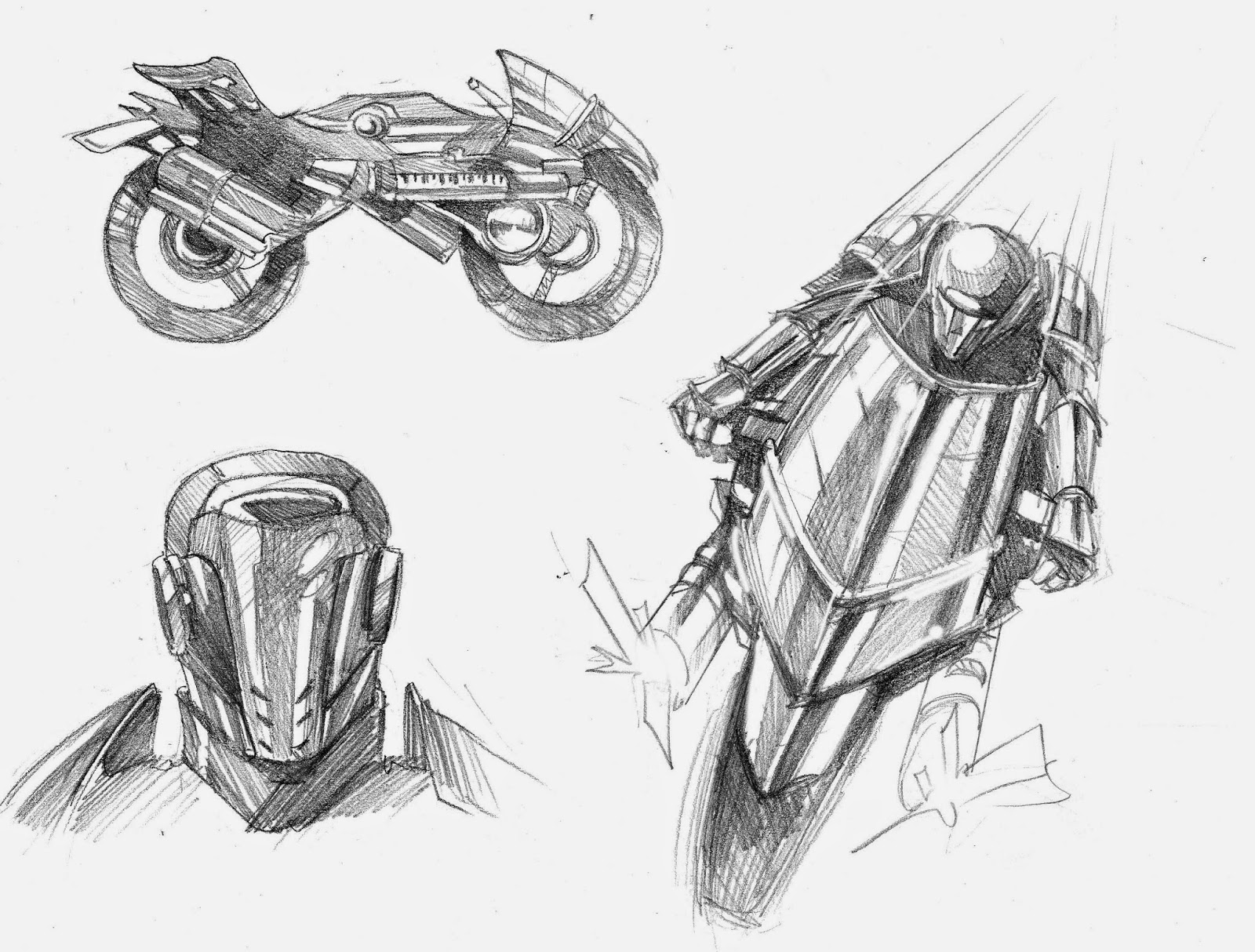 Some other artists are responsible for the character and equipment design, and this is merely an old sketch based on the old Rider appereance. Now it's heavily changed - plus I think I took the helmet from another of their characters, the Gunslinger. 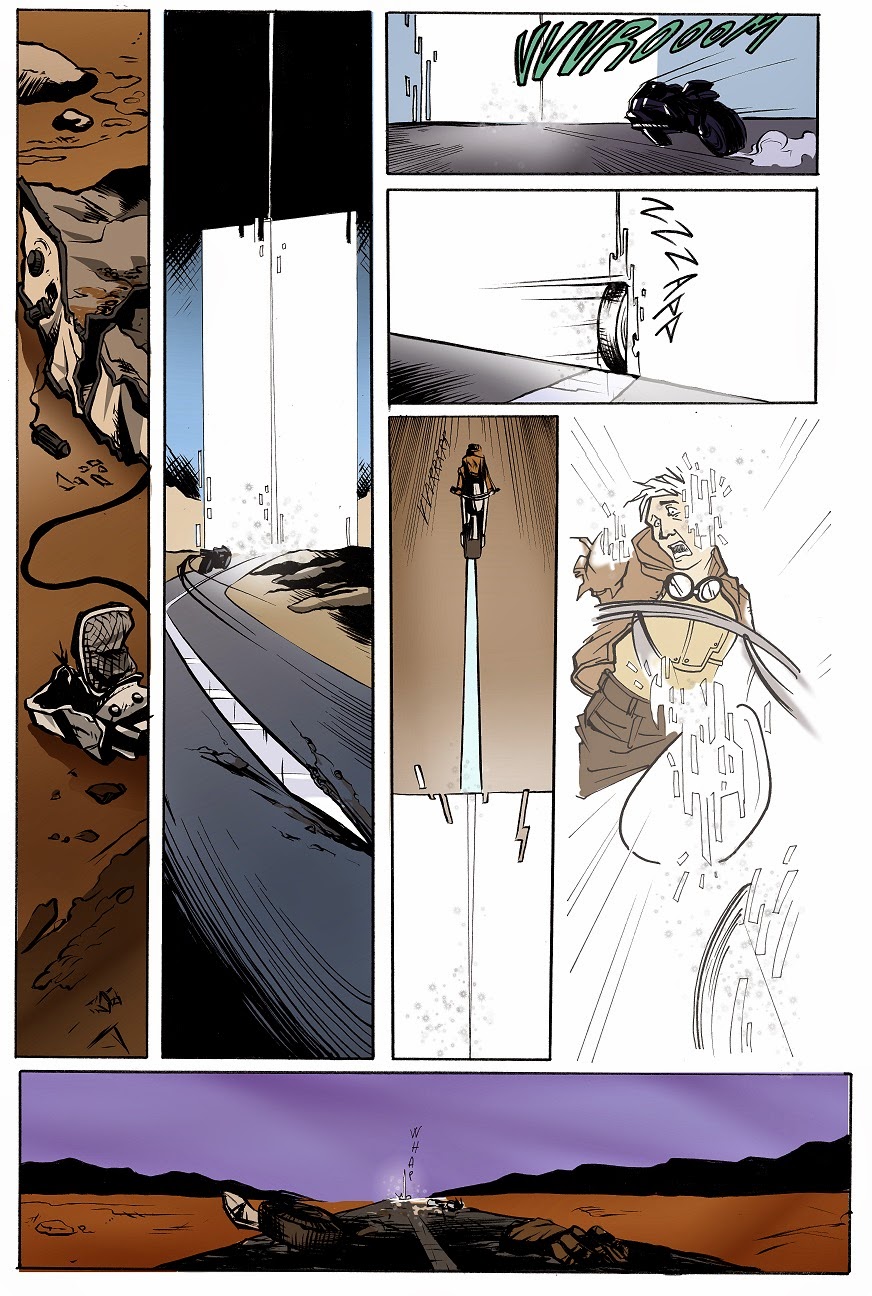 Also, the test page I did for them. This won't appear in the actual graphic novel as the script is changed as well as the appereance of the characters, but I think you get the idea. I truly hope this project goes on, as it's going to be really interesting. I'm familiar with this kind of setting, but I haven't actually had the chance to draw anything so sci-fi until now, so it's going to be a challenge.

Posted by AnitaKajika at 1:24 AM