Code 911 and the mysterios Inkling


I suppose you're all reading the awesome comics David Heath and I are creating for Bilateral Comics (and if you don't, you're breaking my heart). I'm very happy I found a good collaboration as this, since David is allowing me to experiment a lot with the art and I really hope this will help me grow. Right now the second chapter of Valley-01 is readable online, and Ten Fingers is now available to buy printed.

Now we're starting to build the next short issue - as Ten Fingers, this is going to be a one shot and a break from Valley-01 that will come back with the third issue after Code 911.

Code 911 is a "noir" story (as you can imagine, I can't get away too much), and I thought my usual style wouldn't fit the mood. I've always wanted to try the sketchy style done with ballpoint pen, because I use it for my life drawings and they turn out pretty good. It was time for my Inkling to shine!!!
...and it failed terribly. I haven't had the chance to actually try the pen before now: it has various flaws that make clear why it's not so popular as I believed. This is what I drew (scanned, with black areas outside the panels and text properly added after) 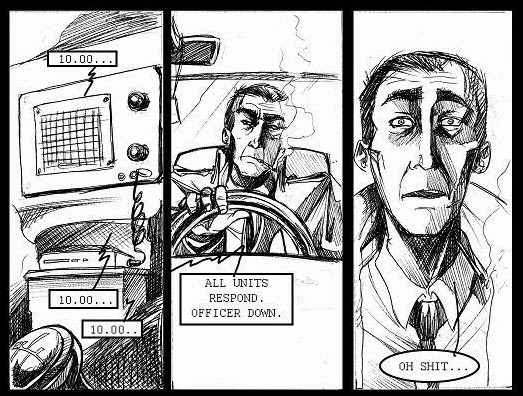 and this is what the Inkling saved. 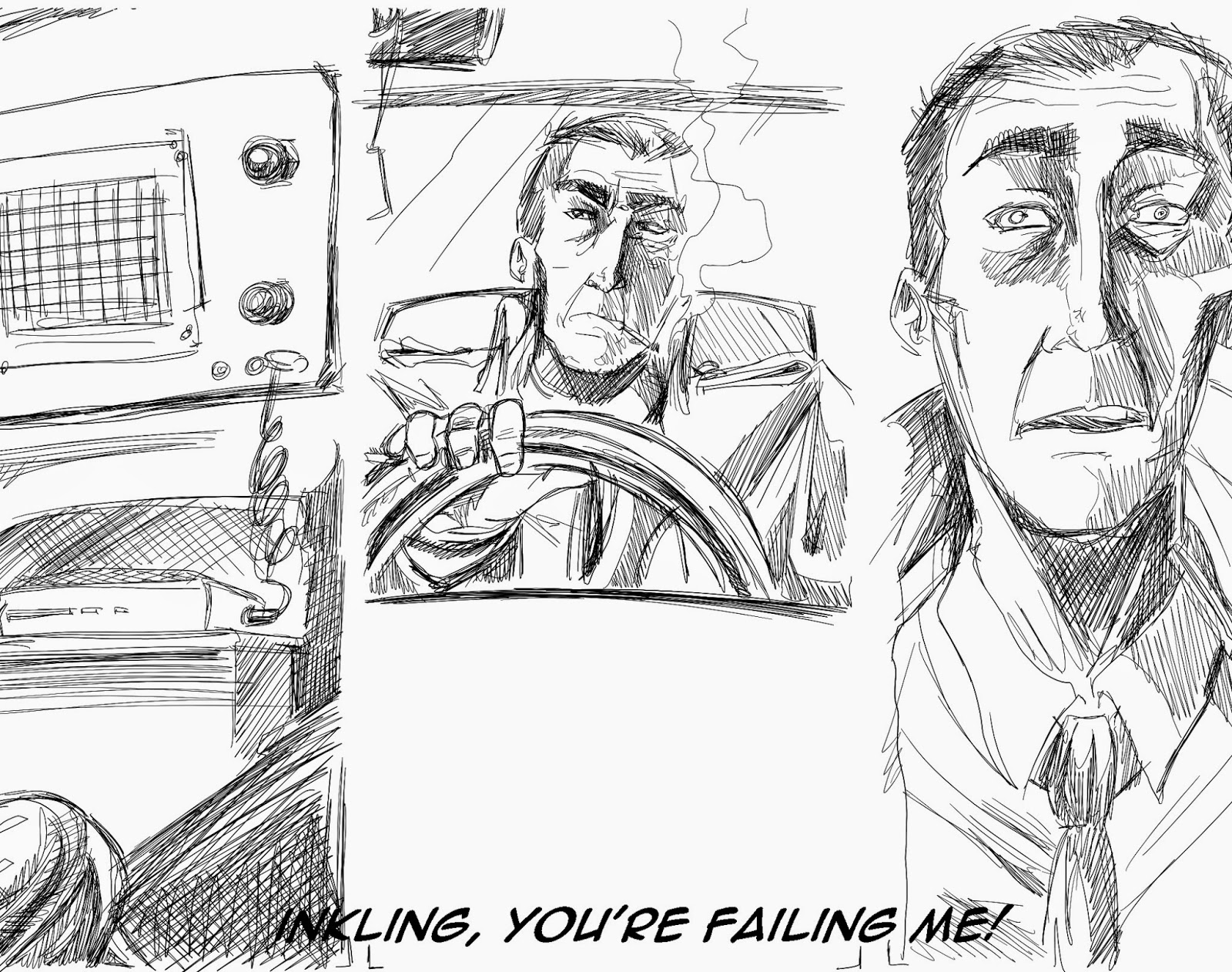 Now, forget the eye in the third panel, as I moved the receiver without noticing. I'm also ignoring the fact that it doesn't cover the whole page, as it's meant to work on smaller paper. I know that not having the paper infos on the file make a difference; anyway, there are a bunch of gaps between lines that are actually filled, and it seems not to feel the pressure I put in making the signs on paper. I wanted to draw in pen as it's actually the media closer to the pencil in my hands, but the Inkling doesn't make justice to what I can do with a ballpoint pen. It's a pity, as it could have been very practical do to the whole comic without having to scan the pages.

Well, it seems that anyway Code 911 will be done like this. Bonus: the color test. 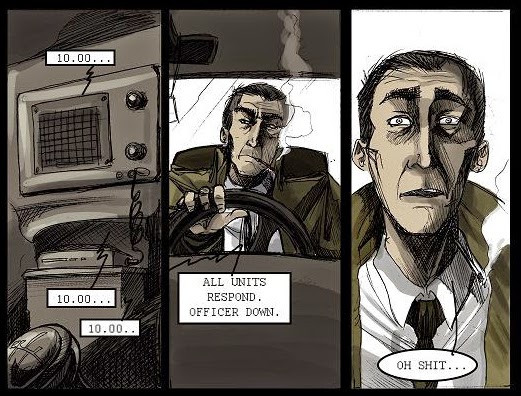 You all know I hate how colors often destroy my drawings, but this time it quite fits. I hope this turns out to be awesome!
Posted by AnitaKajika at 2:36 AM