The big project for this summer brought me all the way to Finland, thanks to the European Volunteer Service, to work on a one-shot comic for EKOenergy. It's an Helsinki-based organization working with European electricity supplier to improve the green energy market.
I couldn't image to build a project so close to my studies and interests, when I applied for the EVS some months ago. I've spent the last month writing the script for the story, teaming with the other volunteers and members and let me tell you: I thought it could go worse. I've never had to write such a long story, neither to write alongside with other people. It's been interesting, but not a thing I'll do again. I've been longing to draw, and finally I've started the pencils! 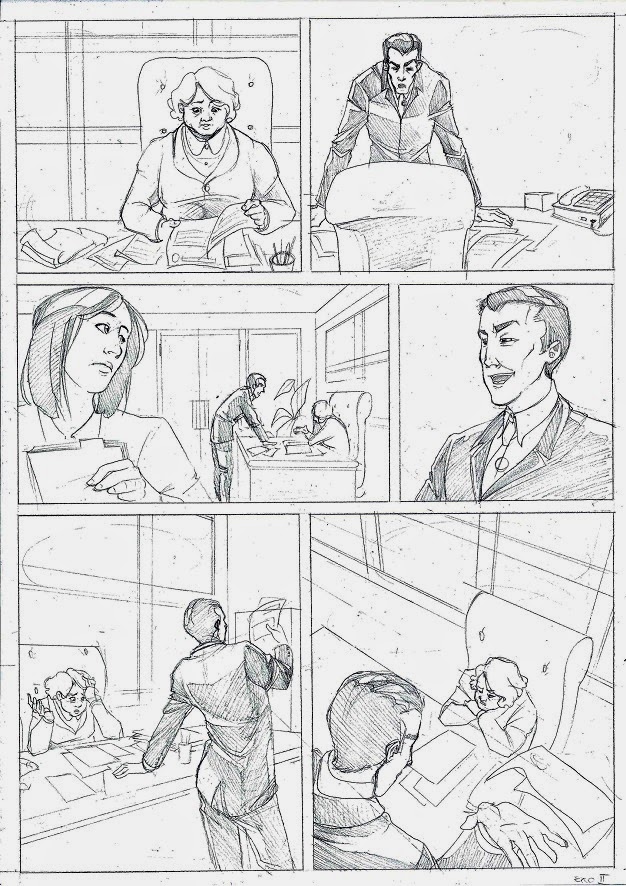 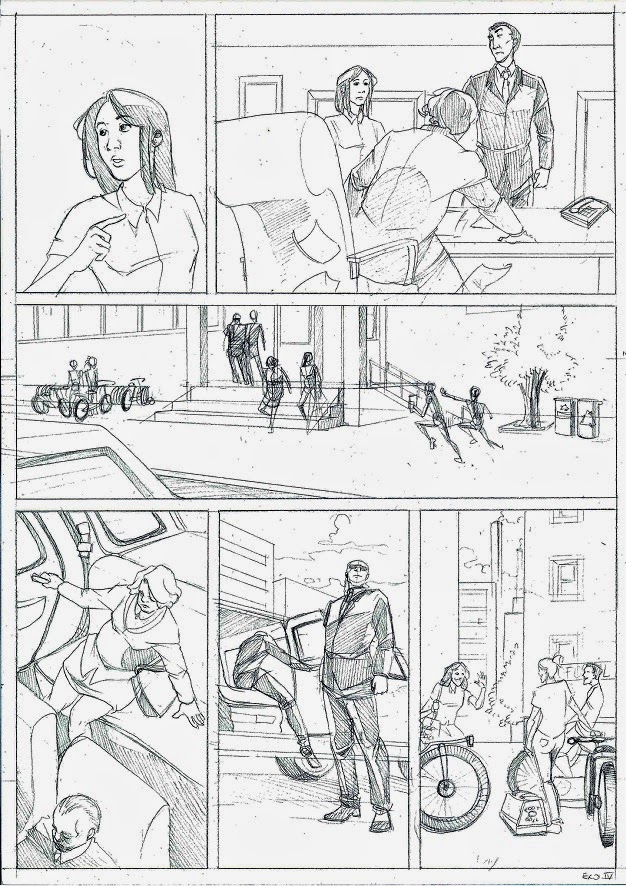 The pages are meant to be black and white, both because I feel more comfortable and because I don't have that much time to color, too. The project lasts only three months, mostly due to school that starts in october already. I'm trying to focus on perspective more than I've done in the recent other stories, and it already feels different. Life is better when perspective works.

Once the comic is done, other volunteers will translate it in various languages, as it's going to be readable for free on their website.
Posted by AnitaKajika at 7:50 AM